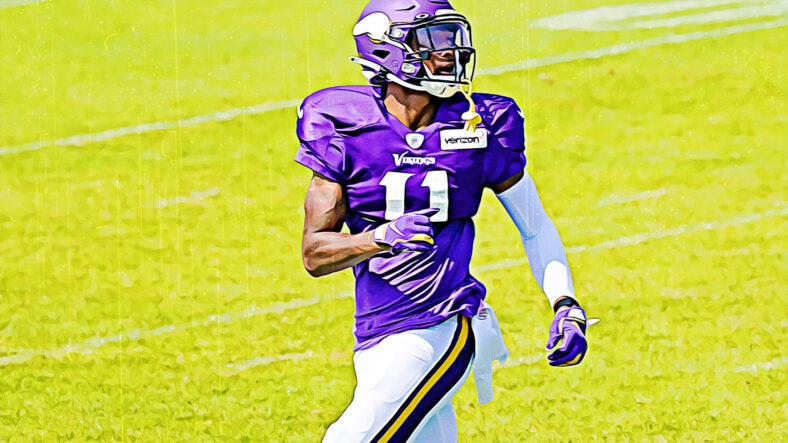 The Chicago Bears were fast paced on Wednesday, signing ex-Las Vegas Raiders quarterback Nathan Peterman and large receiver Dante Pettis, who most a short while ago performed for the New York Giants.

But they did not stop there.

Sharpe joined the Vikings at a time when Minnesota desperately craved a effective WR3. The Vikings were best-hefty at the posture, transitioning away from Stefon Diggs into Justin Jefferson, and a verdict was not nonetheless identified on Jefferson’s eventual superstardom. Sharpe was signed to outfit a WR corps with Adam Thielen, Jefferson, and then-rookie Olabisi Johnson.

But Sharpe did not get the job done out for the Vikings.

The Massachusetts alumnus performed in 4 online games for Minnesota, was specific a few times, and caught zero passes. In the close, he wound up on the ash heap of Vikings WR3 hopefuls, embarking somewhere else soon after a just one-year stint.

Elsewhere was the Kansas Town Chiefs for a pretty much nonexistent tenure and the Atlanta Falcons after that. In Atlanta, Sharpe grabbed 25 catches for 230 yards in Matt Ryan’s closing season with the club.

Sharpe analyzed free of charge company once all over again, landing with the Vikings divisional foe in the Bears. In Chicago, he’ll sign up for a curious WR team consisting of Darnell Mooney, Equanimeous St. Brown, Byron Pringle, and rookie Velus Jones Jr. That hodgepodge is what Chicago has on the docket for Justin Fields, a 2nd-yr passer with 1st-Spherical draft inventory, substantially to the chagrin of some fans.

Sharpe’s very best times ended up in the course of the first a few seasons of his profession, catching passes from Marcus Mariota in Tennessee. With the Titans, he snatched 92 receptions for 1,397 yards and 8 touchdowns in three seasons.

Sharpe has not caught a touchdown due to the fact departing the Titans in 2019.

Dustin Baker is a political scientist who graduated from the College of Minnesota in 2007. Subscribe to his every day YouTube Channel, VikesNow. He hosts a podcast with Bryant McKinnie, which airs just about every Wednesday with Raun Sawh and Sally from Minneapolis. His Viking fandom dates back again to 1996. Stated guilty pleasures: Peanut Butter Ice Cream, ‘The Sopranos,’ and The Doorways (the band).